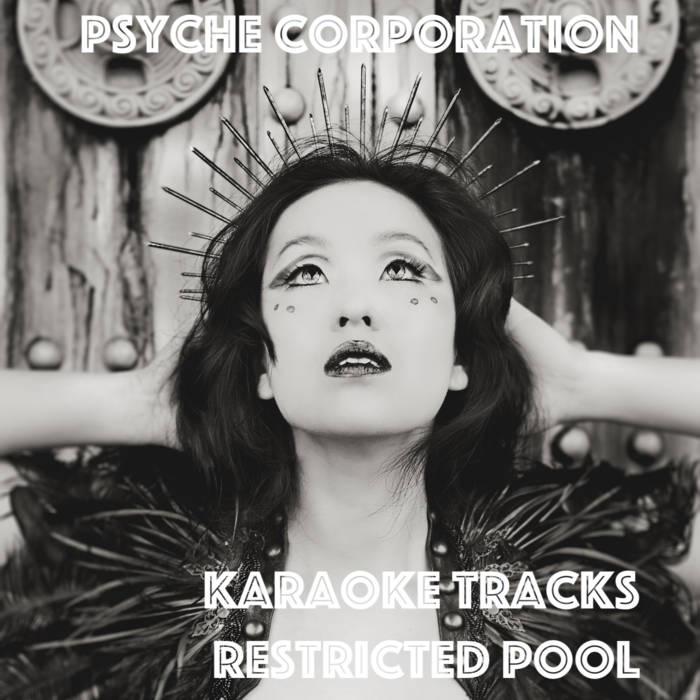 I originally made karaoke track versions of some of my songs available as prizes for the Kickstarter I had launched in 2015 for my EP "Romance of the Counter-Elite" (www.kickstarter.com/projects/1097332101/romance-of-the-counter-elite-psyche-corp)

Notes: These are actually the exact same tracks I use for my shows.

The numbered tracks have a long silence at the end of them to prevent autoplay mishaps.
ex. You finish your song and the player auto-skips to the next track while people are still clapping-- oh no!

The un-numbered tracks do not have this silence added to the end of them.

It usually doesn't make a huge difference whether there is a silence at the end of the track or not, I just find it convenient sometimes to have the silence.

Photo by Robert Szatmari, with headdress and feather shrug by Kristin Costa Designs.